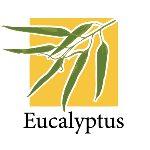 In the last few years, the importance of the Internet has risen constantly and made it indispensable for businesses and most individuals to be on-line around the clock. One of the greatest drivers of this development was and still is the shift of the traditional one-to-many Web to an advanced, participatory version of the Word Wide Web. Rather than only making editorial information accessible to many users, the Web 2.0 encourages participation and enables user generated contributions. Leveraging this new paradigm, services like Flickr, Facebook, or Twitter have become very prominent examples for this development.

An essential part of this evolution, but mostly hidden to the end-consumer, is the set of tools that enable these large scale applications. Cloud computing is a relatively new technology that serves as underlying architecture for most of these platforms. By providing virtualized computing resources as a service in a pay-as-you-go manner, cloud computing enables new business models and cost effective resource usage. Instead of having to maintain their own data center, companies can concentrate on their core business and purchase resources when needed. Especially when combining a privately maintained virtual infrastructure with publicly accessible clouds in a hybrid cloud, the technology can open up new opportunities for businesses and help consolidating resources.
However, since cloud computing is a very new term, there are as many definitions of its components as there are opinions about its usefulness. Most of the corresponding technologies are only a few years old and the toolkits lack of maturity and interoperability.

This article introduces the basic concepts of cloud computing and discusses the technical requirements for setting up a hybrid cloud. It briefly looks into security concerns and outlines the status quo of current cloud technologies. In particular, it evaluates several existing cloud toolkits regarding its requirements, occurring problems and interoperability.

As newest concept in the development of distributed computing, cloud computing is often believed to be “the next step in the evolution of the Internet” (Open Cloud Manifesto). As foundation and enabler for Software as a Service, it delivers computing resources over the Internet and provides elastic scalability for any kind of application. While cluster and grid computing already allowed multiple computers to work together on complex tasks in a distributed manner, the cloud concept extends this idea even further: instead of regarding individual machines, cloud computing treats resources as a utility. That is computing time and storage are provisioned on-demand and paid per usage without the need for any upfront commitment.

As one of the first commercial providers of cloud services, Amazon launched a beta version of its Elastic Computing Cloud (EC2) in August 2006 and announced production stability in October 2008. Google followed with a public beta of App Engine in April 2008, and Microsoft made its cloud platform Windows Azure publicly available in February 2010. The well known alternatives to the commercial solutions are several open source cloud toolkits. Prominent examples include OpenNebula, a project started by researchers of the University of Chicago and Madrid in 2008, as well as the Eucalyptus cloud software, initiated by the University of California, Santa Barbara in 2007.

Even though there are already many commercial and open source cloud solutions, all of them are fairly young and have yet to prove their acceptance and durability. According to the Open Cloud Manifesto, the technology “is still in its early stages, with much to learn and more experimentation to come“. This particularly includes challenges that yet need to be overcome, e.g. data security within the cloud, or interoperability between different clouds.

Due to the actuality of the topic, there are several opinions about what cloud computing and its corresponding terms comprises. Some experts see the technology as “one of the foundations of next generation computing” (Tim O’Reilly, CEO of O’Reilly Media, 2008), others believe that the term is just a buzz word to define “everything that we currently do” (Larry Ellison, CEO of Oracle Corp., 2008).

However, while the term is being criticized, there are still many intersecting definitions describing the technology. Some are broader than others and include not only the technical part, but also the services enabled by the cloud, i.e. SaaS applications. For the Laboratory of Distributed Systems of the University of California, Berkeley, for instance, “cloud computing refers to both the applications delivered as services over the Internet and the hardware and systems software in the data centers that provide those services” (Armbrust et al., 2009). Not contrary to that definition, but limiting the term to hardware and software, IBM describes cloud computing as “an emerging computing paradigm where data and services reside in massively scalable data centers and can be ubiquitously accessed from any connected devices over the Internet” (O’Neill, 2009).

In this article, cloud computing is defined by the three key characteristics shared by many experts:

Similar to the attempts to define the term cloud computing, the categorization of it is rather difficult, if not “impossible in the currently rapid evolution of the cloud landscape” (Lenk et al., 2009). However, many papers classify cloud systems by their level of abstraction and their exposure to the Internet.

In order create the illusion of infinite resources and elasticity, virtualization technology is needed. Depending on how abstracted resources are, different service models are differentiated (cmp. NIST, 2009, and Armbrust et al., 2009):

Not every cloud is available for public use: depending on the level of exposure to the Internet, the following deployment models are differentiated (NIST, 2009):