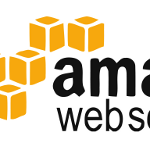 June 2014: I realized the script wasn’t working anymore, so I updated the blog post and the script to work with the current EC2 API tools again. The old script is still available here.

1. Only once: Amazon AWS setup

A little one time effort is necessary. But it’ll take not more than 10 minutes.

You’re almost done. All you have to do now is make your X.509 certificate (cert-xxx.pem) and your private key (any name, suffix is .pem) known to the API tools. All you need to do is set the four environment variables below. I added this to my ~/.bashrc:

That’s it for the AWS setup. You can play around with it by trying the ec2-*-tools, e.g. ec2-describe-keypairs.

2. Only once: US proxy script installation

In the config-section, at least update the two variables $KEYPAIR and $PRIVATE_KEY. You can update the virtual machine image (AMI) as well (as long as it’s an Ubuntu), if you want.

Hopefully that should be it for the configuration.

3. Start and stop the US proxy

Once it’s set up, starting and stopping the proxy is really easy. It’s controlled like an init.d-script: ec2-proxy (start|stop|status).

Here’s an example with a ‘micro’ AMI image. With a ‘tiny’ image, it’ll actually only take one minute:

If you’ve set up your browser proxy to localhost at port 8888, you can now browse via the EC2 machine — with its IP address. To stop it again, do this: